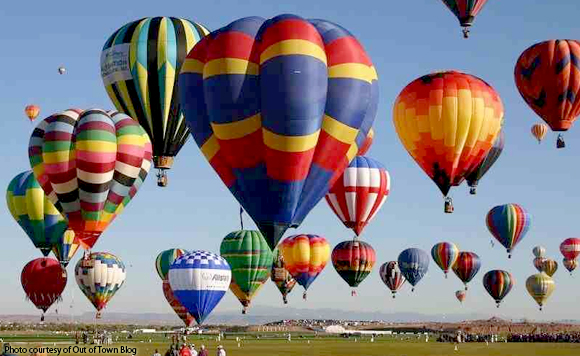 “Given the full support of President (Rodrigo) Duterte and (Transportation) Secretary (Art) Tugade for the immediate development of CRK, the Clark International Airport Corp. will recommend to concerned parties that next year’s hot air balloon fiesta be held outside the immediate air space of CRK,” he added.

“While we also subscribe to the objective of the hot air balloon fiesta to promote local tourism around Clark, priority must be given to the increasing number of commercial airlines at CRK. More commercial flights at CRK would mean a limited window of hours that hot air balloons may fly around Clark Freeport,” Cauguiran said.

Airport authorities revealed that the three-year Memorandum of Agreement (MOA) entered into in 2014 by the Clark Development Corporation, the Philippine International Hot Air Balloon Fiesta Foundation and CIAC will expire this year.

Meanwhile, Ritche Nacpil, manager for airport operations at CRK, assured that no commercial flight at CRK will be affected by the hot air balloon fiesta.

“In fact, it is an explicit instruction from CIAC president Cauguiran that no balloon will take off until the only commercial flight scheduled to depart at 7 a.m. which is the Cebu Pacific flight to Hong Kong, has already left. During the past 20 years that the balloon fiesta has been held at Clark, no commercial flight has been delayed due to this event,” Nacpil said.

He explained that the “Notice to Airmen” (NOTAM) that CAAP regularly issues during the balloon fiesta is a standard measure for the information, guidance and safety of all concerned. But as always, airport operation is the top priority.”

Nacpil also said that similar NOTAMs are issued whenever popular remote-controlled drones with camera, sky lanterns or fireworks are used within the immediate air space of CRK.