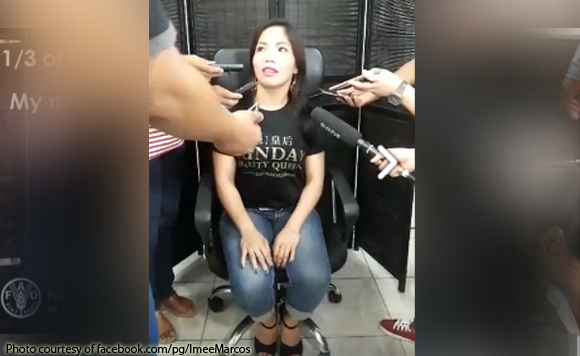 This politiko can’t help but be proud of her kababayan based in Hong Kong.

Governor Imee Marcos shared a live video of Hazel Perdido, a resident of Paoay, Ilocos Norte who has been working in Hong Kong to provide for her family in the Philippines. Perdido is one of those featured in the documentary Sunday Beauty Queen, which was hailed as Best Picture for the 2016 Metro Manila Film Festival.

Marcos earlier voiced her full support for the film, especially after finding out that Perdido is part of the movie. The politiko also presented Perdido to the local press, and posted a live video of the 10-minute press chat on Facebook.