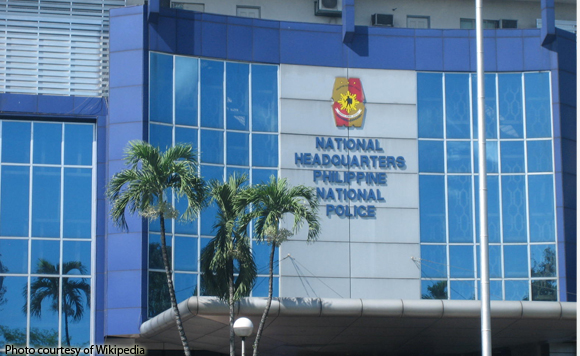 House Bill 2952, which seeks to establish lesbian, gay, bisexual, and transgender (LBGT) help and protection desks in all Philippine National Police (PNP) stations nationwide, was recently approved by the House Committee on Public Order and Safety.

The proposed LGBT desks in the PNP shall act on all cases involving crimes against chastity, sexual harassment and committed against LGBTs in the country.

To complement these help desks, Santos-Recto said the PNP shall be tasked to ensure the gender neutrality of its human resources, from the recruitment and selection to the promotion and deployment of police officers.

“Ultimately, this bill seeks to create a police organization that is able and eager to respond to any criminal or emergency incident, regardless of the gender orientation of the people involved,” the lady politiko said.

The committee, in a previous hearing, initially agreed with the National Police Commission (NAPOLCOM) to establish the LGBT help and protection desks in all PNP stations in the country through a memorandum order or resolution to be issued by the Napolcom instead of a new law to be passed by Congress.

But Santos-Recto argued during the second hearing that an amendment of the law will provide long-term protection to the LGBT sector.

“Coming up with a memorandum order with a resolution is good because this will provide urgent response to the discrimination problem faced by the LGBTs. But we have to think long-term. Mas madali magpalabas ng memorandum order kaysa amyendahan and batas. Ang gusto nating isulong ay itong full protection para sa ating mga LGBTs not only in this term. Sana maging permanente po ito through a law not only through a resolution. I hope this committee will support this endeavor,” she added.

Santos-Recto said while members of the LGBT sector are more open now, there is still discrimination against them which should not be the case.

Acop said the approval of the bill is subject to the requirement that the PNP, the authorized representative of the Lesbian and Gay Legislative Advocacy Network (LAGABLAB) and Santos-Recto will see to it that the corresponding amendments to existing laws will be incorporated in the substitute bill.

Santos-Recto said she will coordinate with the committee on women and gender equality regarding the title of the bill on what should be appropriately included when referring to gender. “It’s just a matter of harmonizing terms,” she said.

A PNP representative said the title should in a way be encompassing enough to cover the other sectors of society that the PNP caters to.

The representative said they have no objection to include the LGBTs in the coverage of the PNP help and protection desks.

Another PNP representative Senior Supt. Walter Castillejos said the PNP supports the intention of the bill and pointed out that the PNP’s existing women’s desks already acts on gender-based complaints.

He proposed the renaming of the existing PNP women’s desk as “women, children and gender rights desk” to include the concerns of LGBTs.

Jet Evangelista, representative of LAGABLAB, said their organization supports any legislative effort that will ease discrimination and violence against Filipino LGBTs.

The bill seeks to amend Title VII of Republic Act 8551, also known as the PNP Reform and Reorganization Act of 1998, to “Creation of Women’s, Gay, Bisexual and Transgender (LGBT) Desks in All Police Stations and the Formulation of a Gender Sensitivity Program.”

The bill also seeks to amend Section 57 of RA 8551 so that “The PNP shall establish women’s and LGBT desks in all police stations throughout the country to administer and attend to cases involving crimes against chastity, sexual harassment, and abuses committed against women, children and LGBT and other similar offenses.

Municipalities and cities presently without policewomen will have two years upon the effectivity of the Act to comply with the requirements of the provision.”

The bill also amends Section 58 of RA 8551 so that “Within the next five years, the PNP shall prioritize the recruitment and training of women who shall serve in the women’s desk. Pursuant to this requirement, the PNP shall reserve 10 percent of its annual recruitment, training, and education quota for women. Nothing in this Title shall be construed as a restriction from recruiting LGBT into the PNP regular force, either through regular recruitment or lateral entry program.”

Lastly, it amends Section 61 of RA 8551 so that “Nothing in this title shall be construed as a restriction on the assignment of policewomen and LGBT police officers to other positions in the PNP nor shall any provision of this title be used for the non-promotion of a PNP female or LGBT personnel to higher position.”