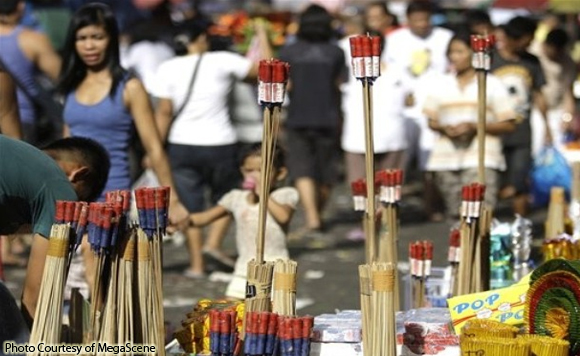 “I would like to extend the congratulations of the Philippine National Police to the Department of Health and other government agencies and local government units for the resounding success of the national campaign to minimize fireworks-related injuries this holiday season,” the PNP chief stressed.

“I am particularly pleased with the DOH report of a 60 percent reduction in firecracker-related medical emergency cases recorded nationwide compared with the 5-year average recorded since 2010,” he added.

The PNP chief said that this noteworthy improvement can be attributed to the vigilance of the police with the support of the community in enforcing prohibitions against illegal firecrackers and indiscriminate firing of guns, the heightened awareness of the public through government and NGO information efforts, and the inter-agency coordination by health officials, local governments and law enforcement.

“Let me also congratulate all police units for maintaining their vigilance throughout the holiday season,” Dela Rosa said.

“I would also like to thank the various government agencies as well as the public for their continuous support and cooperation to the police,” he added.

The Police Regional Offices (PROs) reported the arrest of 18 persons for distribution and sale of illegal firecrackers.

However, overall, the entire holiday season has been generally peaceful with no serious untoward incidents reported by the PROs nationwide.

Although, the festive mood of the holiday season was marred by nine isolated cases of stray bullet injuries and death, Dela Rosa said, the PNP has been aggressive in law enforcement operations against indiscriminate firing of guns and illegal discharge of firearms.

A total of 15 persons were arrested for gun-related offenses, among them, 13 civilians, one PNP and one Armed Forces of the Philippines (AFP) personnel; while 13 more persons (four PNP, nine civilians) are being sought and investigated for illegal discharge of firearms.

“As I have fairly warned, PNP personnel found to have violated the specific directive against indiscriminate firing and illegal discharge of firearms shall face the full brunt of the PNP disciplinary system without prejudice to criminal prosecution as warranted by evidence,” Dela Rosa said.

“Civilian violators, on the other hand, shall be prosecuted accordingly,” he added.