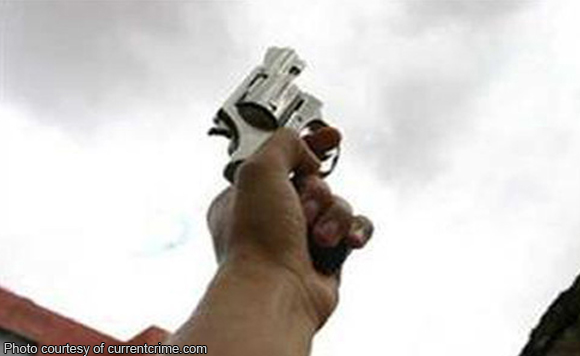 Despite repeated warnings not to fire their weapons, the Philippine National Police (PNP) announced it still has recorded some 23 incidents of indiscriminate firing nationwide during the recently-concluded New Year’s Eve revelries.

“We have been informing the public. We have been reminding gun holders to strictly follow the rules,” PNP deputy chief for operations Deputy Director General Ramon Apolinario said Monday, January 2.

He said that 23 persons are still being pursued for indiscriminate firing.

Apolinario noted that the strict campaign against firecrackers had impact on New Year’s Eve celebration.

A police officer was arrested for illegal discharge of firearms. He was on duty on New Year’s Eve and was under the influence of liquor.

It was noted that though there was a 300-percent increase in illegal discharge of firearms for 2016, only four stray bullet incidents were reported as compared to last year’s 38, more or less 89.47-percent decrease.

Also, all the suspects were arrested within the period, such that 5 out of 4 incidents or a 100-percent solution efficiency.

Apolinario noted that the victims of firecrackers and stray bullets went down in 2016 compared to 2015.

“That is what the Chief PNP (Director General Ronald “Bato” Dela Rosa) wishes to convey to all with the maximum deployment of PNP during the New Year’s revelry,” Apolinario said.

Apolinario said that the PNP has recorded 12 incidents of stray bullets, with one killed and eight wounded from December 16, 2016 to January 2, 2017.