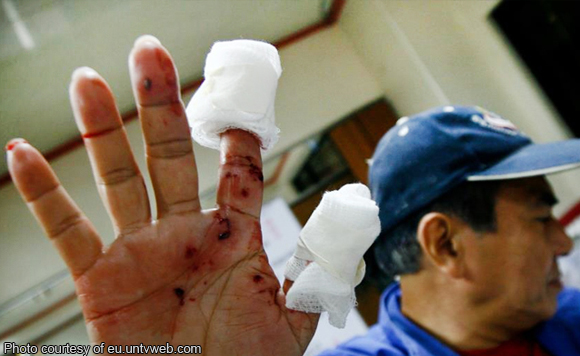 The Department of Health – Cordillera Regional Office (DOH-CAR) reported a significant decrease in the firecracker- related injuries in celebrating the New Year.

Clark Dizon, DOH-CAR health emergency management coordinator , said four cases were recorded in Baguio City; three in the province of Abra; two in Benguet; one each in Mountain Province and Kalinga and zero incidents reported in Apayao and Ifugao.

In Baguio City, there were 11 cases were reported to the agency which is equivalent to a 64 percent decrease in 2016 with four cases reported.

Dizon said the monitoring period of the department started on December 21, 2016 and will end on January 5, 2017.

No deaths were reported and most cases involved blasting of firecrackers affecting the hand but not dismembering any part of it, burning of facial hair and ingestion.

Dizon said the final report will be in by January 5 and is hoping that the numbers will remain unchanged.