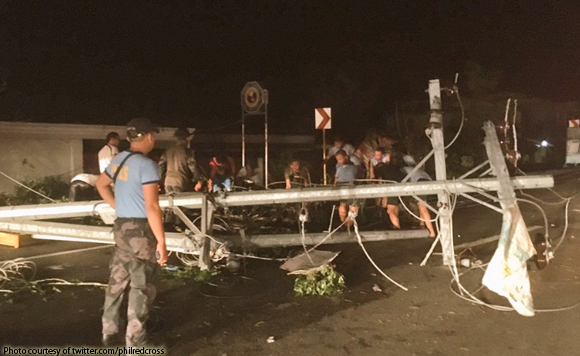 The Department of Energy (DOE) announced that majority of areas, pummeled by “Nina” early this week, will have power before the end of the year with 100 restoration being completed this coming January.

This was disclosed by DOE undersecretary and spokesperson Wimpy Fuentebella who said most areas damaged by the typhoon will have electricity by New Year’s Eve.

The DOE, National Grid Corporation of the Philippines (NGCP), National Power Corp. (NAPOCOR) and National Electrification Administration (NEA) are jointly coordinating to restore the power in these areas.

NGCP spokesperson Cynthia Alabanza-Perez said the agency – which is in charge of operating, maintaining, and developing the country’s power grid – is targeting to fix all the transmission lines damaged before the year ends.

“Nina” shut down 36 transmission facilities, of which 18 have already been restored, while the rest are still out.

Nearly 1,000 personnel have been mobilized to help restore power in the affected areas.