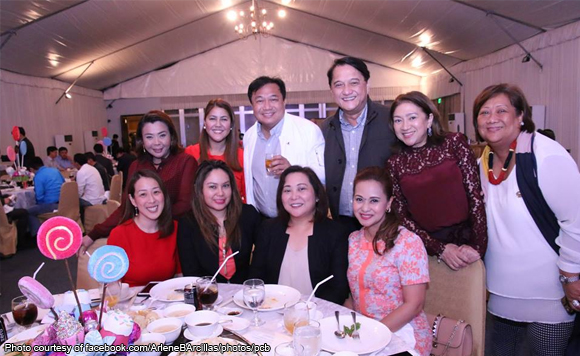 The House supermajority is definitely for keeps.

Members of the Liberal Party contigent at the House of Representatives bonded with their fellow politikos a day after Christmas to join the party hosted by President Rodrigo Duterte’s PDP-Laban group.

Must be nice to bond with a new crowd!