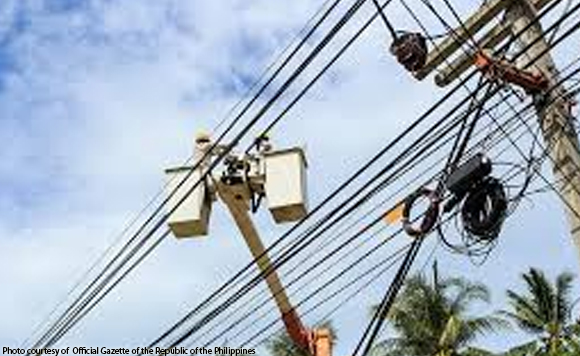 The National Grid Corp. of the Philippines (NGCP), on Tuesday, December 27, announced that it has fully restored electricity in Batangas and Quezon provinces following the onslaught of Typhoon “Nina”.

Camarines Sur, on the other hand, was partly energized at 10:47 p.m. December 26 in the franchise area of Camarines Sur Electric Cooperative Inc. 2 (CASURECO 2).

The Sy-led firm is working to restore power in other areas of Camarines Sur, Albay and Sorsogon, which are under the electric cooperatives, CASURECO 1, CASURECO 2, CASURECO 4, Sorsogon Electric Cooperative 1 (SORECO), SORECO 2, Albay Power and Energy Corp.

The power firm noted that it mobilized 100 linemen to inspect and assess the damage of the typhoon on its operation and facilities. Repair works will follow.