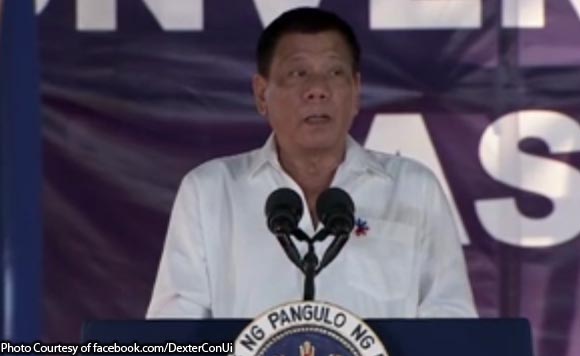 During his third visit to Pampanga, President Rodrigo Duterte on Thursday, December 22 assured the more than 9,000 women volunteers against illegal drugs in this province that there will be “no corruption” in his government.

“Rest assured that there will be no corruption,” the Chief Executive said to his lady audience as he graced the Convergence of Nanay Volunteers as Community Drug Watch held at the Parade Grounds at Clark Field.

In his speech, Duterte reiterated the continuation of his anti-illegal drug campaign to protect every Filipino.

“Remember, four million is four million (referring to drug addicts) and it is no joke. They are spreading all throughout the country and we are already in the narco-politics state,” the President said as he showed again the thick narco-politics list to the audience.