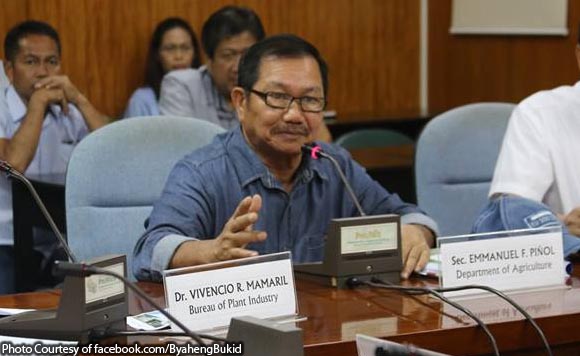 Department of Agriculture (DA) Secretary Emmanuel “Manny” Piñol said the country’s farming sector can grow by another 7 to 8 percent before the end of the fourth quarter thanks to the expected bumper harvest, bringing the 2016 growth at 1.03 percent.

Agricultural production grew a measly 0.11 percent in 2015 in terms volume due to the effects of El Niño and other natural calamities.

“I assume the grains crops will be the main driver of the growth for the fourth quarter. The livestock sector has increased its production because of the expected greater demand for the Christmas season,” Piñol said.

January to September figures, however, remained negative at 1.297 percent.

The sector posted negative growths in the first and second quarters at 4.53 percent and 2.34 percent, respectively, as the prolonged drought brought about by the El Niño reduced crop output.

“Hopefully, we will be able to recover. I have been traveling around the country, I can tell you as a farmer that this cropping season will be another bumper harvest. The climate is good,” Piñol said.

In 2017, the agriculture chief is optimistic the sector will accelerate 7 percent to 8 percent on the back of favorable climate and the opening of more export markets such as China and Japan.

“Not only there will be massive growth in the agriculture sector because of favorable climatic condition but mainly because of the huge markets,” Piñol said, noting that China and Japan are one of the largest export markets for the country’s agricultural products.