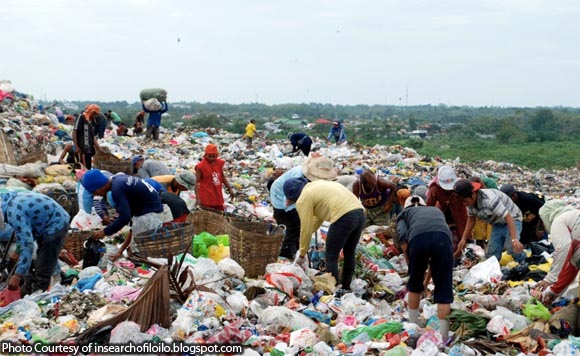 The municipality of Jaen in Nueva Ecija failed to comply with the provisions of the Ecological Solid Waste Management Act, after auditors found out the town still has an open dumpsite in 2015.

In a 2016 report, the Commission on Audit (COA) said the municipality has not substantially complied with the provisions of Republic Act 9003 or the Ecological Solid Waste Management Act on the formulation and implementation of ecological solid waste management plans and programs.

For one, the local government unit was found to be still operating an open dumpsite for solid waste in violation of Section 37 of the law.

The said section states that “no open dumps shall be established and operated, nor any practice or disposal of solid waste by any person, including LGUs, which constitutes the use of open dumps for solid wastes, be allowed after the effectivity of this Act.”

Auditors said the municipality was operating an open dumpsite at Barangay Niyugan, a clear violation of the above mentioned provision.

This compelled the National Solid Waste Management Commission (NSWC) to file a complaint against Mayor Santiago Austria before the Office of the Ombudsman for gross neglect of duty.

The auditors also found out that the municipality still has no Solid Waste Management Plan duly approved by the NSWC, in violation of Section 16 of the law.

“(T)hus total protection of the environment and general welfare of the constituents has not been attained,” the auditors said.

There was also no appropriations or allotments provided for Solid Waste Management pursuant to Chapter V of the Republic Act.

The municipality failed to set a budget for the implementation of programs and activities under Solid Waste Management, the auditors pointed out.

The municipal budget officer also told the auditors that there was a budget for the implementation of the Solid Waste Management Plan, but the Sangguniang Bayan did not respond positively on the said proposal.

The local government unit also failed to implement the use of a Material Recovery Facility to segregate or sort the waste materials for composting and recycling, in violation of Section 32 of the Act.

The municipal environment and natural resources officer (MENRO) told the auditors that there was a project for Material Recovery Facility but it was not functioning as it should be.

The local government unit also failed to formulate and pass the policies on the “no segregation, no collection” and “proper segregation of waste materials” in violation of Section 21 of the law.

Policies regarding the “no segregation, no collection” policy and “no littering” were also not passed by the Sangguniang Bayan to assist in the proper disposal of solid wastes in the household.

Auditors also said there was a land purchased at Barangay San Vicente which was assessed to be suitable for a solid waste facility, but the Department of Agrarian Reform denied the request for conversion from agricultural to industrial.

The Sanggunian also received a proposal for Metro Clark Waste Management Corporation to haul and transport the residual waste to Kalingatan Sanitary Landfill in Capas, Tarlac.

The COA urged the municipal mayor Santiago Austria to comply with the following recommendations – secure the approved copy of the Ten-Year Solid Waste Management Plan; provide a specific budget for the Solid Waste Programs and Activities; avail of the fund set aside as Solid Waste Management Fund in the National Treasury pursuant to Section 46 of the law, upon receipt of the approved copy of the plan; strictly enforce the use of Material Recovery Facility down to the barangay levels; make a clear proposal to the Sangguniang Bayan for the campaign on the “no segregation, no collection policy and the “no-littering policy” among the residents and tourists; implement the immediate closure of the dumpsite operating at the Barangay Niyugan; finalize the contract with Metro Clark Waste Management Corporation for the hauling of the existing waste being kept at a temporary Residual Containment Area.