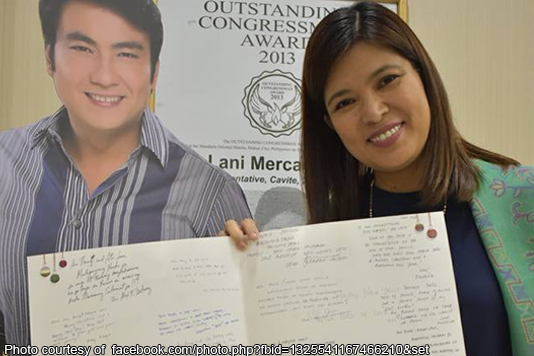 The former senator wishes everyone a merry Christmas from detention.

Times may still be rough for ex-Senator Ramon “Bong” Revilla, Jr., but he is still extending his holiday greetings to all of Bacoor, Cavite. Mayor Lani Mercado-Revilla came out with their Christmas card online, which features a sweet photo with her beloved husband.

Revilla has been detained in Camp Crame since June 2014 after he was arrested for plunder due to his alleged misuse of pork barrel funds through fake non-government organizations run by Janet Napoles.

A life-size standee rests at the Bacoor City Hall on Revilla’s behalf. He even got Christmas cards from other politikos in town. Smile!