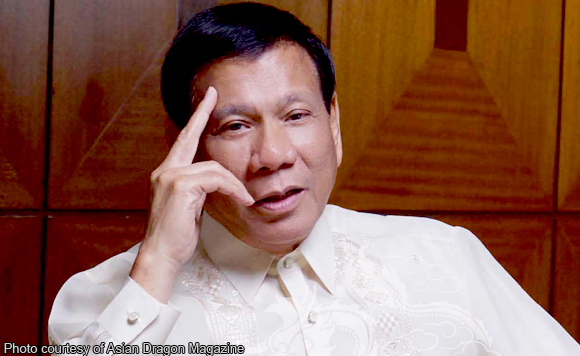 For his no-nonsense war against illegal drugs, President Rodrigo Duterte landed a place as one of the Most Powerful People of 2016 by Forbes Magazine.

Duterte ranked 70th in the 74 men and women named by the Forbes Magazine as individuals who made headlines worldwide.

In response, Presidential Communications Office (PCO) Secretary Martin Andanar said President Duterte has been using the immense power vested in him by the Constitution with utmost responsibility “to promote the well-being of the people.”

“The President launched an unprecedented anti-drug war that saw the surrender of more than 800,000 drug addicts and charted a new course in international relations with his pursuit of an independent foreign policy which means moving strongly and swiftly towards regional economic rebalancing for closer integration in Asia. The Philippines is forging closer ties with Asean, China, Japan and South Korea,” he stressed.

Aside from the President’s campaign against illegal drugs as well as criminal and corruption, Andanar said President Duterte has walked extra mile to achieve peace and made the Philippines’ economic growth the fastest among emerging Asian countries.

“After all, the President’s heart is in the right place, and he has only the interests of the Filipino people and the nation in his mind first and foremost,” he added.