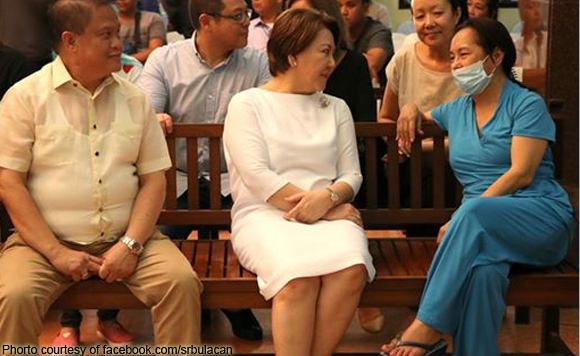 The late congressman and tycoon received the highest honors from a former president.

The family of Ricardo “Tata Carding” Silverio has been mourning his death since Dec. 11, but the sympathies of friends and supporters have kept them going.

Silverio, a former congressman of the third district of Bulacan and the founder of Delta Motors Corp. died of cardiac arrest. He was 87.

During the Luksang Parangal, no less than former President now Pampanga Rep. Gloria Macapagal-Arroyo dropped by to extend her condolences to the family, along with her last wish and prayers for the politiko.

Arroyo face wore an all-blue attire and donned a face mask while condoling with Silverio’s widow and her Congress colleague, Lorna.