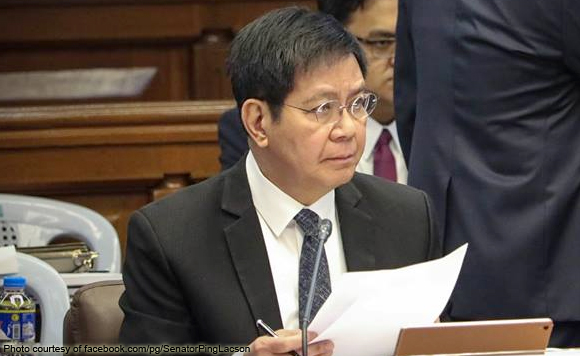 To get a grip on the soaring incidents of vigilante-style killings which some sectors are linking to President Rodrigo Duterte’s ongoing drug campaign, Sen. Panfilo Lacson suggested the creation of a special investigation group which will look on the crimes.

The politiko made this statement after President Duterte himself vowed to address the problem of extrajudicial killings in his speech during the recent Belenismo sa Tarlac 2016 Awards in Tarlac City.

In the same vein, the Chief Executive also reiterated that he did not allow extrajudicial killings, describing it as a “dirty job” and discounting it as the work of police officers.

“I would suggest that a special task group be created to address vigilante type killings happening especially those related to the drug war,” Lacson stressed.

“He said that he will do something about it because there are many making (negative) comments about it already,” he added.

Lacson said that group should be a composite team of members of both the Philippine National Police (PNP) and the National Bureau of Investigation.

“There should be intelligence personnel and investigators so that they can get to the bottom of why there has been an increase in vigilante-style killings,” Lacson said.

The senator, who was former PNP chief, also pointed out that the increase in vigilante-style killings does not speak well for the peace and order efforts of the PNP.

At present, reports show that around 5,000 people have been killed since the crackdown of illegal drug operations took place in the start of July.