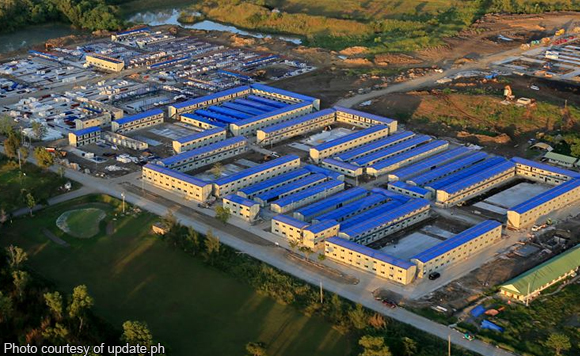 All 87 lady politikos now serving at the House Representatives have pledged to raise funds for the operation of the 10,000-bed Drug Abuse Treatment and Rehabilitation center (DATRC) in Fort Magsaysay.

This was disclosed by Nueva Ecija 3rd District Rep. Rosanna Vergara in a statement Saturday, December 10.

The lady politiko added all lady solons of the 17th Congress agreed that rehabilitation of drug dependents was a major component that ensure the success of the on-going campaign against illegal drugs.

Among the activities being undertaken was the garage sale of pre-loved items as initiated by Lipa Lone District Rep. Vilma Santos-Recto who was selling her old clothes.

Vergara noted that the DARTC, those facilities were donated by a Chinese businessman, would also provide poor patients with livelihood training as well as technology and vocational skills.

She stressed that livelihood opportunities remained to be the best weapon against the proliferation of illegal drugs.

It turns out, she said, that many were forced to engage into the illegal activities due to lack of job.

Department of Health Secretary Paulyn Ubial earlier said the facility would initially be available for patients from Nueva Ecija, Pangasinan, Pampanga and Tarlac, who were classified “moderate” as well as those already recovering from overcrowded existing facilities.

Unlike in existing facilities where patients are mostly forced to go on rehabilitation by court orders, mega DATRC will accomodate surrenderers or voluntary patients.

“Those who want to enter here will pass through the social worker. Those who can pay should pay and those who are assessed indigent, there is nothing to pay. It is just like our hospital where social worker will assess the patient,” Ubial said.

The lady solon also expressed hope that the availability of a huge facility like mega DATRC would stop the extra judicial killings that had been assailed by some quarters. “Pero tulad ng sinabi niya it’s a war so there are casualties. But I hope now that the existence of a facility like this, all these senseless violence (will end) she said.