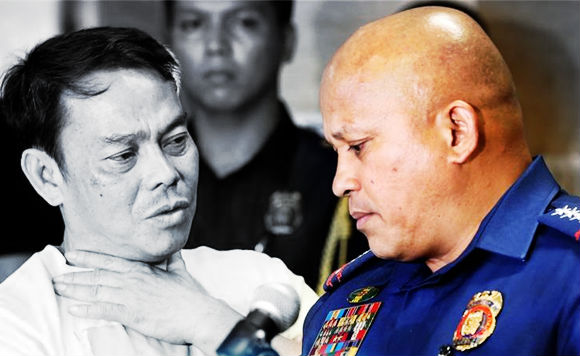 Despite the rub-out findings of the National Bureau of Investigation (NBI) over the death of Albuera Mayor Rolando Espinosa, Philippine National Police Director General Ronald “Bato” Dela Rosa assures this would not affect the ongoing probe of the PNP-Internal Affairs Office on the administrative liability of the implicated policemen.

“That’s the criminal aspect of it, we will still continue with our administrative case, yung sa hinahawakan ng IAS, so yung criminal wala na, nandun na sa NBI (the one being conducted by the IAS, the criminal aspect is out of the question, it’s with the NBI),” he added.

“At the moment, they (Marcos group) remain in restricted custody,” Dela Rosa stressed.

The PNP chief added has to look after the welfare of his men because they are not yet proven guilty. He added that condemning them would “demoralize” other police operatives.

In its findings, the NBI has recommended the filing of criminal charges against the group of former CIDG Region 8 head Supt. Marvin Marcos for their alleged involvement in the killing of Mayor Espinosa last November 5.

However, if a warrant of arrest will be issued against those involved, the PNP chief said he would ask the court for the police to be detained at the PNP Custodial Center.