Back to work for Bocaue fireworks factories as DOLE lifts ban 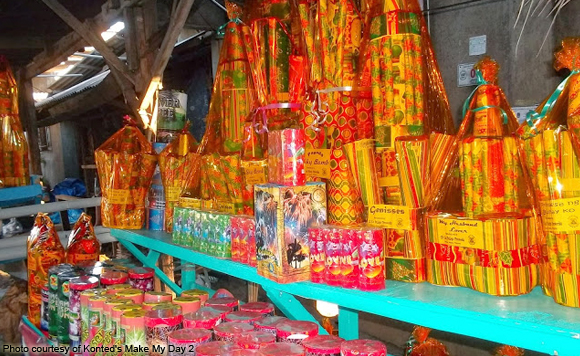 It’s back to business for 48 fireworks manufacturers and dealers in Bocaue and other parts Bulacan after the Department of Labor and Employment (DOLE) lifted its work stoppage order on the pyrotechnics industry.

However, the long shutdown has affected local stakeholders because their products should have been selling since the last week of November.

Local dealers also expressed apprehensions that the prices of fireworks would skyrocket because the supply will be low and there will be high demands.

“It was stopped when the production was at its peak due to the high demand for the coming Yuletide season,” PPMDAI chair emeritus Engineer Celso C. Cruz said.

Last November 24, the DOLE issued a work stoppage order to all establishments engaged in the manufacture and sale of pyrotechnics and firecrackers nationwide.

The order signed by Labor Secretary Silvestre Bello III states that “Pursuant to Rule 1012.02 of the Occupational Safety and Health Standards in relation to Article 168 of the Labor Code, as amended and renumbered, and Rule VIII of Department Order No. 131-B, Series of 2016, this Work Stoppage Order is hereby issued for all establishments engaged in the manufacture and sale of pyrotechnics and firecrackers.”