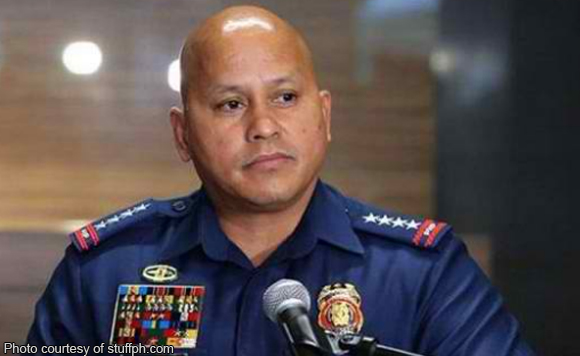 With this warning, the PNP chief, in a briefing Thursday, December 1, said the public should expect a stricter implementation of security measures, especially on the conduct of “random and mobile checkpoints”.

Dela Rosa also advised the public to be “alert, vigilant and observant” but not to “panic”.

The PNP chief said the public has nothing to be worried about even if the Terror Alert Level 3 is raised nationwide.

Meanwhile, the PNP chief presented to mediamen two of the five suspects in the attempted bombing. The two suspects were identified as Rayson “Rasid” Kilala Sakdal and Jiaher Guinar.

Dela Rosa said Rasid is a returnee to the Islamic faith and a religious preacher in Bulacan. He was the one who placed the IED inside a trash bin while Guinar was assigned as the trigger man.

Rasid himself admitted that their first target was Luneta Park but they were “bothered by their conscience” and instead planted the IED near the US Embassy.

He said the two suspects are members of the Ansar Khalifa terror group, which has direct links with the Maute terror group that is now the center of military operations in Butig, Lanao Del Sur.

The PNP is now hunting down the three accomplices of Rasid and Guinar who are believed to have returned to Marawi City, Lanao Del Sur.