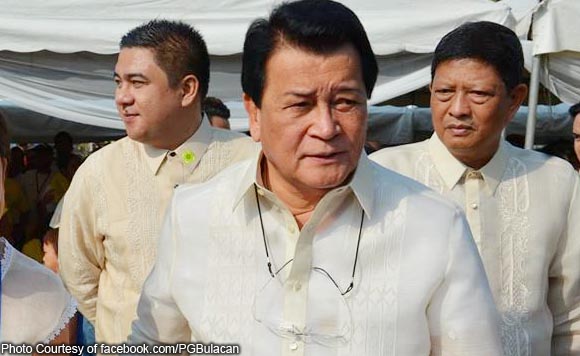 To prevent a repeat of the bloody Sta. Maria fireworks factory explosion which left three people dead and six others severely wounded, Bulacan Governor Wilhelmino M. Sy-Alvarado urged the country’s association of pyrotechnics manufacturers and dealers to police their ranks.

In a statement Tuesday, November 29, the politiko also urged the group to comply with the safety guidelines of the Department of Labor and Employment (DOLE) to make its production and sale safe.

Alvarado issued this call in the wake of the work stoppage order issued by DOLE Secretary Silvestre R. Bello for all establishments engaged in the manufacture and sale of pyrotechnics and firecrackers.

In his order, the DOLE chief cited the October 12, 2016 explosion in Barangay Biniang 1st in Bocaue where two persons were killed and 24 others were injured and the November 23 blast at the AA Fireworks Manufacturing Barangay Pulong Buhangin, Sta. Maria where three persons were killed and six others were injured as the reasons for the issuance of the work stoppage order.

Bello stated in his order that “in view of the accidents and with the projected increase in production during the holidays, this department is inclined to declare the existence of grave and imminent danger to the health and safety of workers in workplaces involved in the production of pyrotechnics and firecrackers.”

The order took effect last November 24 as the regional and provincial staff of DOLE began its inspection of factories and stores in Bulacan.

Alvarado said that while the province is very thankful to President Rodrigo Duterte for not ordering a total ban this year, he said the stakeholders in the local fireworks industry, particularly the Philippine Pyrotechnics Manufacturers and Dealers Association (PPMDAI) and the Philippine Fireworks Association, should police their ranks and convince the Chief Executive and Congress that “we are doing something here to make the production and sale of fireworks and pyrotechnics safe and at par with global standards.”

“We should not always make an appeal. We should follow what the law indicates and ensure safety in the manufacture and sale of firecrackers. I hope there is no more blast incident that will happen again,” the Bulacan governor said, adding that there are at least 400 families in Bulacan alone that are dependent on the industry as their means of livelihood.