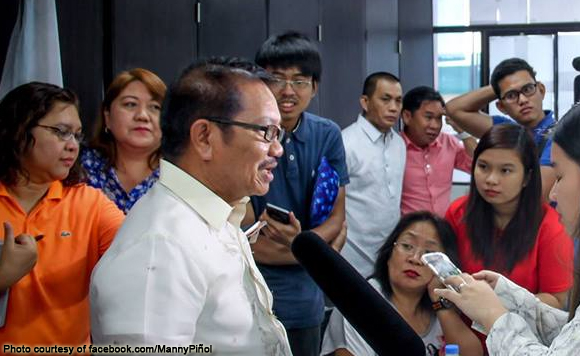 Department of Agriculture (DA) Secretary Emmanuel “Manny” Pinol is predicting a four percent growth for agricultural products by fourth quarter of this year.

“For the last quarter… actually tingin ko baka pumalo tayo ng four percent towards the end (of the year),” he added.

Pinol said the growth can be attributed to crops sub-sector and the opening of market opportunities by China as a result of the recent visit of President Rodrigo Roa Duterte there.

Pinol, however, said that agri growth performance for 2016 may be “break even” despite positive growth recorded in the third quarter (2.98 percent) and the projected four percent growth in the last quarter of the year.

But Pinol is optimistic that agriculture growth will have a “robust” performance next year, barring strong typhoons, due to greater demand for fish products from China.