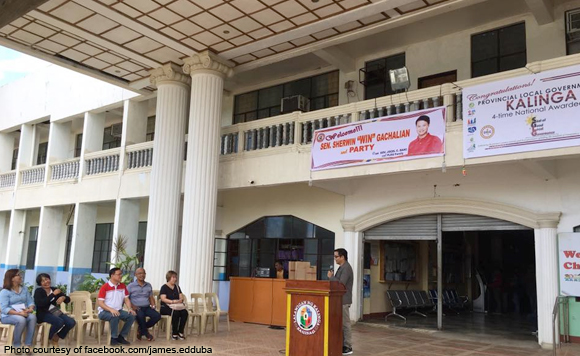 This newbie senator sure knows how to make his care and presence felt.

Vice Governor James Edduba could not be any more thankful to Senator Sherwin Gatchalian for the sizeable help he gave to Kalinga weeks after supertyphoon Lawin wreaked havoc in the province. The politiko sent two representatives up the highlands to turn over the financial assistance.

Edduba even went to Tuguegarao just to catch Gatchalian before a flight to Batanes and thanked him in person for this financial aid. Aren’t those big gestures of support?