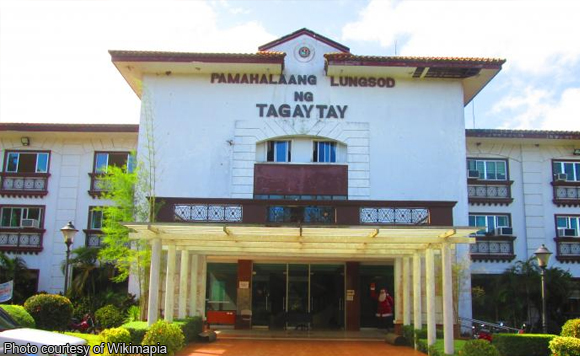 The Tagaytay city government in Cavite failed to implement P16.959 million worth of disaster risk reduction programs in 2015, defeating the purpose of the fund to prepare for the adverse effects of a disaster, state auditors said.

In a 2016 report, the Commission on Audit (COA) said various programs, projects and activities for disaster prevention, mitigation and preparedness worth P16,959,384.91 were not implemented by the City, defeating the purpose of the mitigation fund to prepare for the adverse impacts of possible hazards or disasters.

Among the unimplemented or only partially implemented projects include the Balik Probinsya Program or relocation of families residing in disaster prone areas, grant of financial assistance for the reconstruction of damaged houses of calamity victims, purchase of rescue ambulance, payment of insurance for infrastructures owned by the City, conduct of various seminars related to disaster reduction, among others.

The city government was only able to implement P9,367,789.88 worth of projects or 36 percent of the total allocation of P26,327,174.79 for proposed programs, projects and activities under the mitigation fund, auditors said.

“The inability of the City to implement the projects defeated the purpose for which the Mitigation Fund was required by Republic Act 10121 to be established. Consequently, there is a risk that the City’s ability to mitigate the impact of disasters may not have been fully enhanced,” the auditors said.

The COA urged city mayor Agnes Tolentino to have the City Disaster Risk Reduction and Management Officer ensure that the various projects and activities programmed in the LDRRM Plan are implemented.

Meanwhile, the Tagaytay City Disaster Risk Reduction and Management officer justified that while there were activities not implemented in 2015, other activities such as trainings and seminars, were conducted, and that two units of ambulances were granted to the City by the Philippine Charity Sweepstake Office.