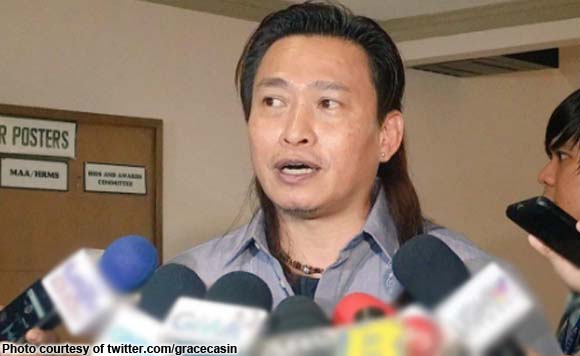 Although devastated like a lot of Filipinos, Ifugao lone district Rep. Teddy Baguilat reckoned that there is still “hope” amid the Supreme Court’s (SC) ignominious decision allowing the hero’s burial for late dictator Ferdinand Marcos.

“What is more important now is that we do not forget the injustices that Marcos inflicted on our country and our people,” said Baguilat in a statement Wednesday, November 9.

“Improving the Martial Law Museum established under Republic Act 10368 should just be the start of more extensive efforts to educate future generations of Filipinos about the evils of Martial Law, lest they once again fall prey to the silencing of liberty and democratic principles,” the politiko said.

On Tuesday, the High Court voted 9-5 in thrashing the petitions to block Marcos’s interment at the hallowed Libingan ng mga Bayani (LNMB). The burial order was given by President Rodrigo Duterte himself last August.

Baguilat, who refers to himself as the legitimate Minority Leader in the House of Representatives (HOR), underscored that the context of the late president’s controversial burial must be made crystal clear for future generations to appreciate.

“Moreover, assuming it will push through, future accounts of Marcos’s burial should accurately report its context — how the President insisted on the burial to fulfill a promise to the dictator’s family, and how the Supreme Court disregarded the appeals to morality by human rights victims and their families,” he said.

“We should learn from the lessons of history or we will only repeat our mistakes. My generation’s mistake was we relegated Martial Law to the background, hoping that its trauma would go away. Never again,” Baguilat concluded.