Macoy a hero? Such is in the eyes of the beholder, says President Duterte 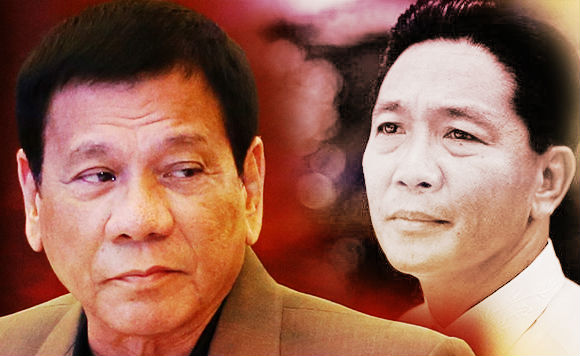 Can former dictator Ferdinand Marcos be now considered a hero?

Just like beauty, President Duterte said the issue is in the eyes of the beholder.

“He being hero? Well, depends on the beholder. You know, let me just… I’m not promoting any class struggle here. But all the Ilocanos are downhearted by the decision for so long, that Marcos be buried at the Libingan ng mga Bayani,” Duterte explained when asked if he thinks that the former president can now be classified as a hero.

The issue is raised after the Supreme Court ruled to allow Marcos’ burial at the Libingan ng mga Bayani in Taguig.

“Halos lahat without…buong Ilocano nation, they are sad. Para sa kanila, walang kasalanan si Marcos and he was true to his word of… Now, what happened during the new society. Sabi ko, can that be judged now?,” asked the President, who has expressed his stand since the campaign that he will usher for the burial of Marcos at the Libingan.

He said it then, and he’d push for it now, Duterte said, reiterating his legal views that Marcos can be buried alongside with former presidents and soldiers. The President said the issue of Marcos’ alleged corruption activities have never been asserted by any local courts. The cases filed against him and his family abroad were all civil case in nature.

Duterte noted that the nation is divided over their views about Marcos.

“Mahirap ‘yang ganon because meron, meron pa mga nagsusulat, na tinatamaan, nakulong, meron namang iba, saw some great things that happened,” Duterte said. “Well, of course the discipline, the cleanliness, initially, but towards the end of his term or rule for that matter, nag… said, deteriorate, because he lost control of the governmental machinery for being sick. ‘Di na niya kaya. So doon nagka leche-leche ang sitwasyon,” the President said.