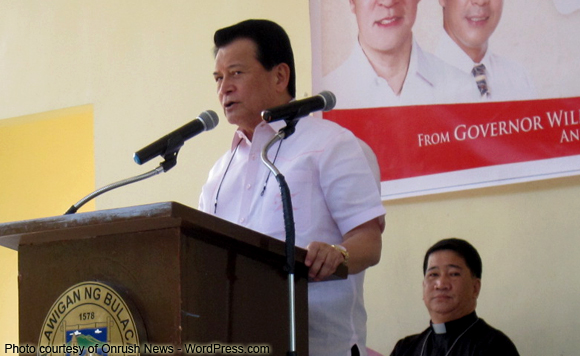 In line with its efforts to boost its disaster response and security capabilities, the Bulacan provincial government announced it will be installing soon wireless weather stations, water level sensors and closed-circuit television (CCTV) cameras in strategic locations in the province.

The control center would provide real time weather condition and water level information of Angat, Ipo, and Bustos Dams and other critical waterways in the province aside from other strategic locations.

“The installation of the CCTVs and water level sensors which are part of our environmental monitoring and video surveillance system would serve as flood forecasting devices that could help in the early detection of rising water in our province,” Bulacan Governor Wilhelmino Sy-Alvarado said.

The politiko added this project will also help in Bulacan’s anti-crime efforts.

He said that around 75 percent of the total population of the province or about 2.2 million Bulakenyos will benefit from the project.