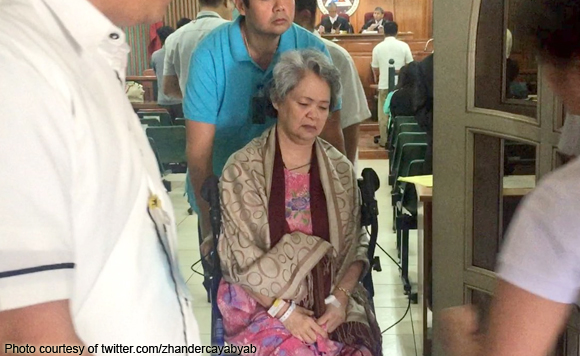 Valdes underwent arraignment proceedings on Thursday, October 27, some two weeks after arriving in the Philippines last October 11. She previously surrendered to the National Bureau of Investigation (NBI).

Since the plunder offense is non-bailable, the anti-graft court has permitted her to stay at the Makati Medical Center due to her heart problem.

Last July 19, the Supreme Court (SC) voted 11-4 in favor of acquitting Arroyo of plunder in connection with the alleged diversion of PCSO Confidential Intelligence Fund (CIF) amounting to P365 million during her term as president.

The other plunder accused who remains at large are former PCSO general manager Rosario Uriarte who allegedly withdrew the money and former Commission on Audit (COA) director Nilda Pradas.