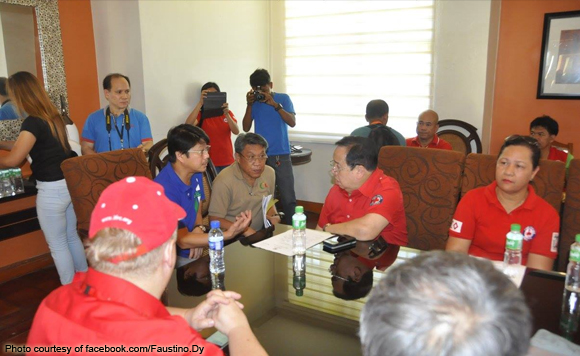 This politiko is more than happy to retrace his roots for disaster response.

Governor Bojie Dy could not be any happier to have Senator Richard “Dick” Gordon on board as Isabela grapples with the aftermath of supertyphoon Lawin, which ravaged the province on Oct.19-20. The senator once again wore his Philippine Red Cross shirt — which was once his uniform — as he helped Dy to assess the extent of the typhoon’s damage, as well as the actions that the provincial government must take.