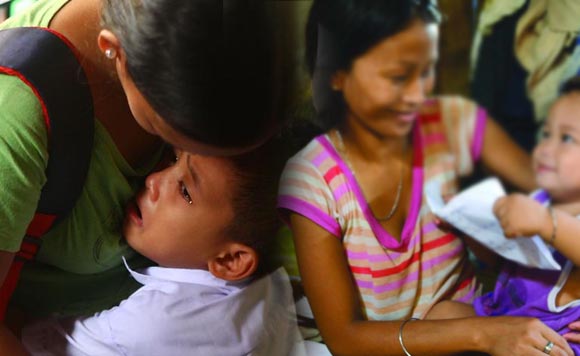 Pampanga 2nd District Representative Gloria Macapagal-Arroyo, in a statement Friday, October 21, wants to give solo parents additional rights and benefits to allow them to raise their children well.

The former president, who is now the House Deputy Speaker, is pushing for this under her House Bill No. 1520 seeking to amend Republic Act 8972 or the Solo Parents Welfare Act of 2000 by granting them additional rights and benefits and reducing the waiting time for one to become entitled under the law to only six months.

“RA 8972 breathed life to the Constitution’s mandate that ‘the State shall promote the family as the foundation of the nation, strengthen its solidarity and ensure its total development.’

Thus, to ensure that the law’s lofty objectives are attained, the present bill seeks to expand the coverage and benefits given to solo parents,” Arroyo said.

Under her bill, the politiko is seeking to lessen the waiting time for a person to be considered a solo parent from the present one year to just six months.

Thus, if a parent bears sole and lone parenting after the other spouse has abandoned the family or is serving sentence for a criminal conviction for at least six months, he/she may be entitled under the law.

Arroyo has also included a provision which considers one as a solo parent if the other spouse has not been employed or has suffered from a disability for at least six months.

Among the benefits the Pampanga solon wants to give solo parents are flexible work schedule which gives them the right to vary their arrival and departure time in the office or employment without affecting the core hours as defined by the employer.

The solo parent is also entitled to a 15 percent discount on all purchases of medicines and other medical supplements or supplies used by the child five years old and below.

Businesses giving the discounts may consider the same as business expense subject to proper documentation and reporting.

To be entitled to the said benefits, Arroyo said a solo parent must secure an Identification Card from the local chief executive where he/she resides upon submission of proper documents determined by the Inter-Agency Coordinating and Monitoring Committee to be headed by the Department of Social Welfare and Development.

Those found not complying with the law, will be meted with a penalty of fine ranging from P10,000 to P200,000 and/or imprisonment from six months to two years.

On the other hand, those who will commit misrepresentation or falsification of documents to avail of the benefits under the law will be penalized with fine of not more P50,000 and/or imprisonment of not less than six months.