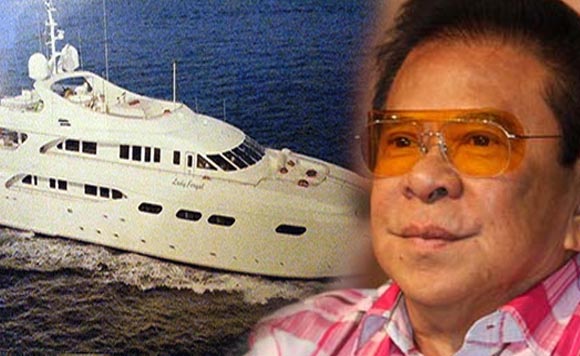 When you’re rich, money is never an issue when buying things.

Such is the case for former Ilocos Sur governor Luis “Chavit” Singson, who now boasts of owning the most expensive and luxurious yacht in the Philippines.

According to PEOPLE Asia magazine, Singson shelled out “a small fortune” for a 145-foot three-deck yacht.

As of the magazine’s release in October, the yacht has yet to arrive from Monaco.

But while the vessel isn’t on Philippine shores at the moment, what’s sure is it will be the talk of the town.

With eight suites and a fully equipped disco, both politikos and prominent personalities will be raring to set foot on the yacht.