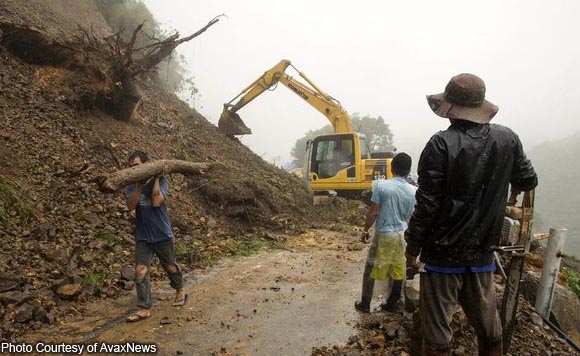 The Department of Public Works and Highways (DPWH) announced that six major roads in the Cordillera Autonomous Region (CAR), including Kennon Road in Baguio City, are still closed to traffic due to the severe aftermath caused by Typhoon “Lawin”.

The DPWH, in a statement Thursday, October 20, are motorists still not allowed to use these highways due to soil collapse, submerged detour road, roadslips, landslides and flooding.

It added that one of the major roads leading to Baguio City, the Kennon Road has been closed to traffic for the safety of motorists as some sections are landslide prone area and they are advised to take Marcos Highway.

Other road sections in the region that were temporarily closed are Kiangan-Tinoc-Buguias Boundary Road, Buhyo Section in Ifugao due to roadslips; Bulo National Road, in Lower Kalinga DEO due to submerged detour of ongoing Bulo Bridge replacement and Kalinga-Cagayan Road due to flooding.

Likewise, the Balbalan-Pinukpuk Road, Comyaas, Balbalan in Upper Kalinga is impassable due to soil collapse and Baguio-Bontoc Road, Tikitik Section in Mountain Province due to landslide.

The DPWH is conducting clearing operations by deploying equipment and maintenance crews including the installation of warning signs in the said roadways even as they continue to monitor the road situation in these areas.