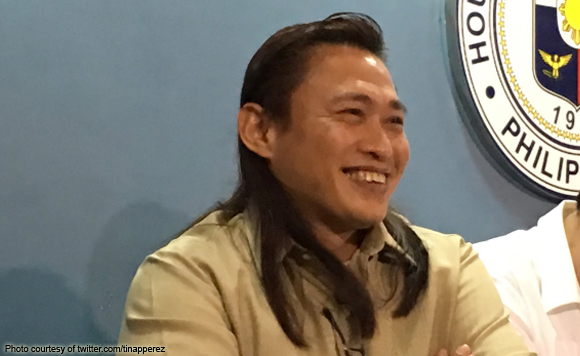 Maybe the House can help them find order.

Ifugao Rep. Teddy Baguilat, Jr. weighed in on the nearly-violent spat that occurred between Surigao congressmen Robert “Ace” Barbers and Prospero Pichay, Jr. during the first committee meeting on the proposed charter change for federalism.

The two almost got into a fistfight after a heated exchange during the course of the discussions as to how they wanted to jumpstart the constitutional reform.

As for Baguilat, he extended an invitation to the two politikos that they can sign up to be part of the Committee on Peace and Reconciliation in their meeting next week. Better yet, Baguilat said it might be best to drop the cha-cha talk altogether — it’s been one meeting and congressmen are brawling already. Oops!