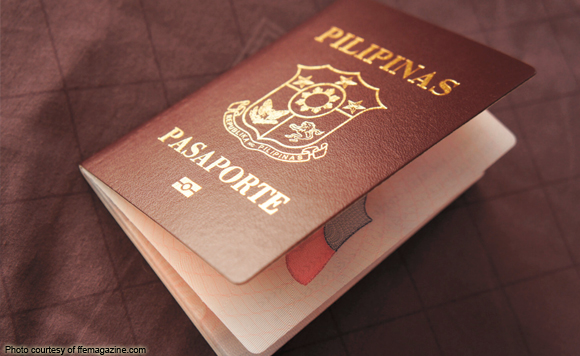 In line with her efforts to promote and protect the oversea Filipino workers, Laguna 3rd District Rep. Sol Aragones has submitted a proposal calling for the extension of the validity of the Philippine passport to 10 years or twice the current five years.

In filing House Bill 2191, the politiko said the House of Representatives need to prioritize the passage of this measure as a reward for OFWs who have served their families and country well through the years.

The former would amend Article 10 of Republic Act No. 8239, also known as the Philippine Passport Act of 1996, which originally pegged the validity of passports at five years.

Under the proposed law, passports for applicants 16 years and older will now have a validity of ten years, while the validity of passports of applicants 15 years or younger will remain at five years, to account for the changes in the facial features of children.

She added that the current validity of five years “entails greater costs and additional time spent to process these travel documents.”

“A half-day or more lining up to get their passport renewed is a half-day that should be spent with their loved ones, not dealing with the government bureaucracy,” the politiko added.

The legislator added that extending the validity of passports will also lessen the congestion at the consular section of the Department of Foreign Affairs as fewer people will be lining up to renew their passports.

“By reducing the frequency in which our citizens are required to renew their passports, we can expect shorter lines during passport renewal. This will also lessen what one has to spend for one’s travel documents over one’s lifetime.”