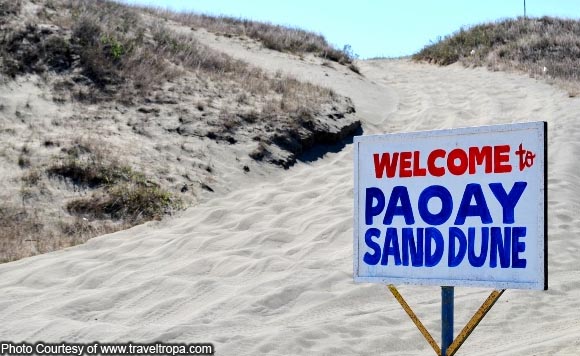 To ensure that a fiasco of similar magnitude will not be repeated, the Ilocos Sur Provincial Board has invited all concerned stakeholders, especially those involved in the unauthorized digging in the Paoay sand dunes, to participate in a public hearing this coming October 10.

“It’s shocking and suspicious. From the very start, based on the documents presented, you know there is something wrong going on,” Provincial Board committee chair on environment Mariano Marcos II said.

The illegal digging, which was allegedly funded by Asuncion Mariano of Imus, Cavite, was aimed to look for golden treasures in the area.

It was stopped by the Department of Environment and Natural Resources (DENR) last September 28.

The politiko made this statement after noting that the sand dunes in Culili Point, Masintoc, Paoay were considered a national geological monument.

What made it more infuriating was that it was done under the noses of local authorities.

“In aid of legislation, we need to do something about it,” Marcos stressed.

He recommended that aside from securing permit from the National Museum, any treasure hunting activity done in the province should also secure endorsement and approval from the provincial government.