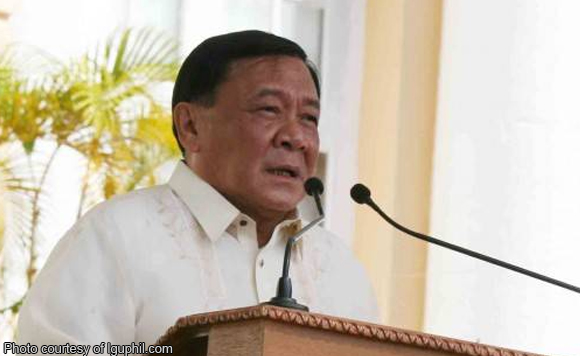 Pangasinan Rep Amado Espino Jr., on Tuesday (September 27) lauded President Rodrigo Duterte for admitting his mistake regarding the inclusion of his name in the controversial drug matrix.

“I am humbled by the pronouncement of the President today on clearing my involvement on the alleged drug matrix released last August 25, 2016. I kept my silence for the past three weeks as I know beyond reasonable doubt that I am not guilty of this allegation,” Espino said in a statement.

“ More so, when I had the opportunity last August 30, 2016 for a meeting with the President, he promised me to have the matrix revalidated by the proper authorities. Although my family and the people of Pangasinan were saddened by this unprecedented accusation, we remained steadfast on our respect and high regard on the discretion of the President and relied completely on his promised revalidation,” he added.

The politiko expressed his gratitude to the President for being a true leader and a gentleman.

“He has my highest esteem for the courageous and bold statement of apology on clearing my name, Raffy Baraan and Raul Sison.

“Let me reassure the President of my sincere and relentless support on his anti-drug and peace and order campaign which had always been my campaign message for the past six elections. Again, I am so humbled and thank the President, the concerned authorities for this much awaited relief. God Bless our country,” Espino stressed.

Duterte’s drug matrix contained the names of personalities that are allegedly behind the proliferation of illegal drugs within the New Bilibid Prison (NBP).