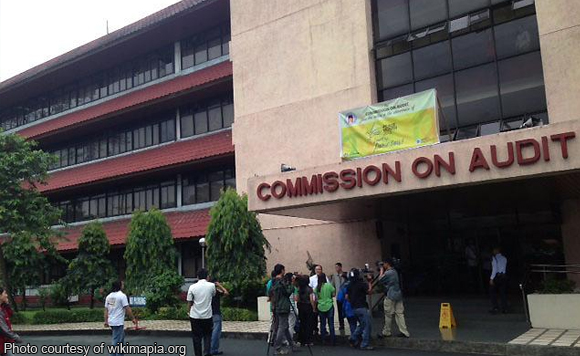 At least P257,995 in Local Disaster Risk Reduction and Management Fund (LDRRMF) for the Baay Licuan municipality in Abra were spent for a television set and a desktop in 2015, instead of being spent for disaster rescue equipment, state auditors said.

In a 2016 report, the Commission on Audit (COA) said the municipality appropriated P2,125,888.32 for various programs/ projects and activities focusing on the preparation and/or the enhancement of the disaster resiliency of various barangays in the municipality.

But at least P257,995 worth of regular programs and projects were charged to the LDRRMF that could have been charged to other fund sources.

These items were not at all related to disaster risk reduction management, auditors said.

Auditors said the LDRRM Fund, representing five percent of the estimated total annual revenue from regular source, should be spent on disaster risk management projects and activities like training of personnel; purchase of life saving and rescue equipment, supplies and medicines; repair and rehabilitation of public infrastructures and purchase of office/school equipment damaged by calamities, among others.

“Post-audit of the disbursements however, disclosed that P257,995.00 or 12 percent therein had been expended to projects which are not disaster preparation and mitigation related activities,” the auditors said.

Auditors said these items were more of administrative expenses and shoud have been charged separate from the LDRRM Fund.

“The above items were more of administrative expenses in nature and considering that the creation of LDRRM Office had been mandated by the R.A. No. 10121, appropriation for administrative expenditure separate and distinct from the LDRRM Fund should have been duly provided in the Annual Budget,” the auditors said

“Had the management carefully planned and monitored the expenditures from the 5 percent LDRRMF, the community could have benefitted more from the purchase of additional Disaster Rescue Equipment,” the auditors added.

The COA urged the municipal mayor Alejo Domingo to familiarize themselves with relevant rules and regulations pertaining to the utilization of the 5 percent LDRRM Fund.