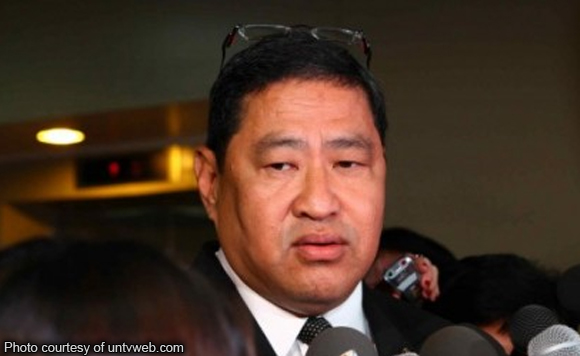 Oriental Mindoro Rep. Rey Umali, chairman of the House Committee on Justice, had vowed to conduct an objective inquiry in aid of legislation on the alleged proliferation of illegal drugs at the New Bilibid Prison (NBP).

This, despite the possibility that the probe could cast a bad light on his sorority sister, former Department of Justice (DOJ) secretary, Senator Leila de Lima.

“Just for your information, I will have full disclosure sayo,” Umali said in an interview over DZBB Sunday (September 18).

“Si Leila de Lima nga at sis ko sa sorority. But I have a job to do. I cannot renege on my duty as chair of the Justice Committee. It was referred to me,” revealed the politiko.

Umali did not say which fraternity he belonged to or De Lima’s sorority. Umali and De Lima were party mates under the erstwhile ruling Liberal Party (LP) until the former jumped aboard PDP-Laban following the May polls.

The House resolution that called for the investigation on the alleged NBP drug problem specifically mentioned De Lima’s tenure as DOJ chief. The Bureau of Corrections (BuCor) which runs the NBP is an attached agency of the DOJ.

Speaker Pantaleon Alvarez, PDP-Laban secretary-general, was among those who penned the resolution.

Umali said that his House colleagues knew about his link with De Lima beforehand.

“I disclosed that to the Speaker and probably the Speaker and many members believe in my objectivity and fairness kaya at the end of the day sa akin parin bumagsak itong resolution na ito. Sinabi ko yan even before it was referred to me.”