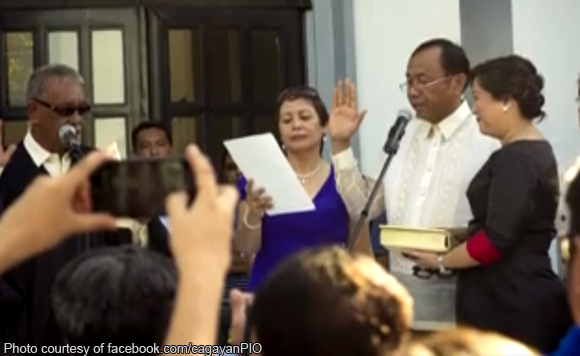 Among his first achievements was to take down a statue of former Senator Juan Ponce Enrile.

Governor Manuel Mamba promised change and reforms in Cagayan upon assuming the post. Like President Rodrigo Duterte, the politiko also laid out his achievements for his first 50 days in office.

On day one, he committed to transparency and vowed to end impunity and corruption, which was best captured in photos of demolishing a bust of the ex-Sen. Enrile located in front of the provincial capitol.

Other improvements include local government scholars in every village, and random drug tests for provincial employees. Check out the video here: