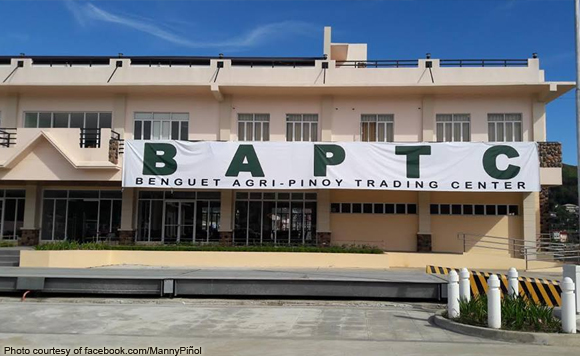 No thanks to poor planning and lack of consultation with farmers in the past, some of the Department of Agriculture’s multimillion-peso trading centers are turning into overpriced parking lots, DA Secretary Emmanuel Pinol lamented.

Pinol said this could be another show of some officials in government “who think that they alone know what is good for the Filipino people, especially those in the countryside.”

“Many programs and projects have been designed in the center of government and in the corridors of power by those who hold lofty academic credentials and experts in their fields, oftentimes without the benefit of consultation. The result? An endless series of disasters,” he said.

He said that while he was heading back to Manila from Apayao last Aug. 12, he saw two Agri-Pinoy Trading Center facilities in Isabela.

“I saw carabaos resting in the first trading center and trucks and multi-cabs using the other as a shaded parking area. There are 19 other similar trading centers built by the DA over the last few years in different parts of the country. I wonder how many of these multi-million-peso facilities are really serving their purpose and really helping farmers earn more,” he said.

The facility was supposedly meant to “buy” the vegetables produced by the farmers of the Cordillera and free them from the clutches and control of financiers called “Disposers.”

But Pinol noted this was done “with nary a consultation with the vegetable farmers themselves and little coordination with the local political leaders.”

Also, he said the plan did not consider the presence of the La Trinidad Vegetable Trading Post and failed to study the deep relationship between the vegetable farmers and the Disposers.

When he visited the site last June, Pinol said “there was none of the projected 1,500-metric tons supposed to be traded daily in the center.”

As of August, he said the P800-million facility was only receiving 40 tons of vegetables to be traded daily, a far cry from the target of 1,500 metric tons.

“The earnings from the trading center was not even enough to pay for the salary of its workers and to cover water and power bills,” he said.

He said the farmers were not consulted about the facility, and no one knew who really owned it. Worse, he said no one was managing the center.

“I made one thing clear, however, and this was that BAPTC should not be involved in the buying of vegetables,” he said, adding he gave a technical working group two weeks to make sure the BAPTC works.

“What a waste of government money and its all because some people think they are wiser and they know better than the farmers,” he lamented.