Not once but twice: Duterte cancels visit to military camp in Bulacan 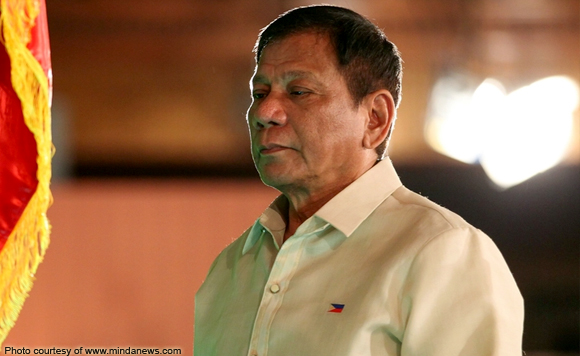 In a text message to reporters, First Scout Ranger Regiment Eduardo Davalan confirmed that the President will no longer push through with his visit to their headquarters due to inclement weather.

“Per FSRR Commander Davalan, PSG GC (Presidential Security Group Commander Rolando Bautista) informed that PRRD will not push through with the visit due to the bad weather (per 250PAW’s guidance) ,” the message read.

This was the second time Duterte cancelled his trip to Camp Tecson. He was supposed to visit the military camp last July 26 but it was scrapped also due to bad weather.

Since he assumed office, Duterte has been touring military camps in the country as a way to win their loyalty and show his support for the military and police forces.