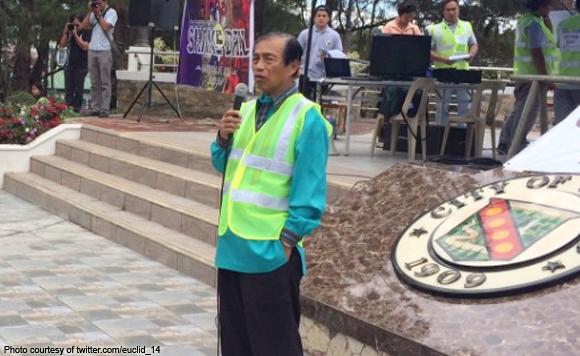 Baguio City Mayor Mauricio Domogan does not mind the prospect of President Rodrigo Duterte declaring Martial Law if only to speed up the programs of his administration and ensure that millions of Filipinos remain under control.

Duterte recently brought up the idea of going back to an authoritarian rule when he argued with Supreme Court Chief Justice Maria Lourdes Sereno who criticized his public shaming of several judges allegedly involved in the unlawful narcotics business.

The 69-year old veteran politiko from the Cordilleras sounded off on the issue, saying Duterte has a valid point under the circumstances and within reason, according to a Philippine News Agency report on Friday (August 12).

“There is nothing wrong in the possible declaration of martial law, provided the elements that will lead to its declaration exist in the country, and if it is the only available means to curb the proliferation of illegal drugs and subsequently instill discipline among our people,” Domogan said.

For now, Domogan sees no problem with Duterte’s leadership, especially since his all-out war against illegal drugs has been gaining ground given the reported decline of incidents such as theft, robbery and other related crimes.

Malacañang also noted the public has nothing to worry about the president’s casual remark on martial law because he would not go that far. In a recent press conference, presidential spokesperson Ernesto Abella said Duterte prefers to implement changes in government without