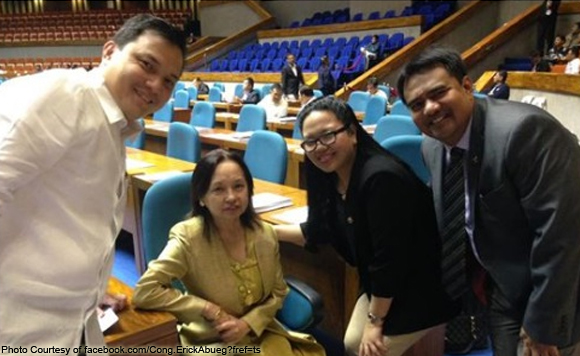 He is colleagues with a former president. How cool is that?

Palawan Rep. Frederick Abueg was simply awestruck to see Former Pres. Gloria Macapagal-Arroyo in the flesh shortly after she was released by the Supreme Court from detention. Arroyo, who is ‎on her third term as Pampanga congresswoman, has been regularly attending House sessions under the 17th Congress.

This calls for a picture!