Liberal pa rin! Vilma Santos to stay with LP even if it becomes minority party 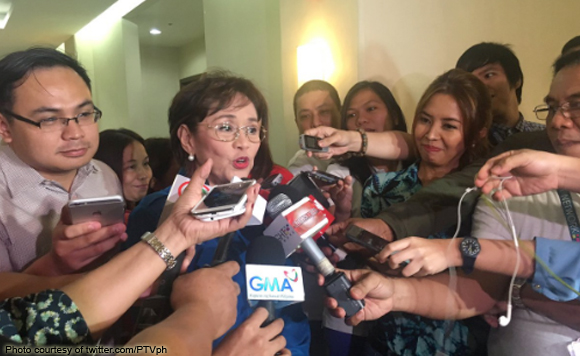 Batangas Rep. Vilma Santos Recto has no plans of switching political parties even if her current affiliation, the Liberal Party, decides to join the minority bloc in the House of Representatives for the 17th Congress.

In an interview with ABS-CBN News, the neophyte lawmaker said she is fine with becoming part of the minority.

However, she clarified that her decision to stay with LP does not mean she is opposed to all the initiatives of President Rodrigo Duterte.

“At the end of the day what’s important is ano ang ikagaganda ng bansa,” she added.

LP, the ruling party during the previous Aquino administration, is poised to join the minority bloc after talks for a coalition with the Partido Demokratiko Pilipino-Laban ng Bayan (PDP-Laban) fell through.