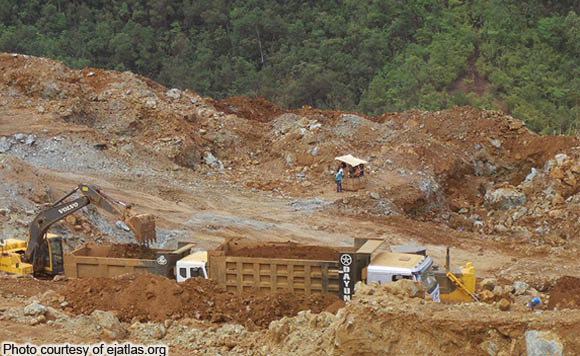 Four mining firms based in Zambales may have the distinction of the first to be suspended during the watch of an “anti-mining” secretary of the Department of Environment and Natural Resources.

A report on state-run Philippines News Agency said the DENR’s Mines and Geosciences Bureau suspended the four based on complaints on environmental degradation.

“You can’t earn money by causing suffering, it’s not good, it’s not within the law,” Lopez said.

Also, the MGB required the four companies to have designated stockpile areas with proper drainage systems, and to adopt care and maintenance measures during the suspension.

MGB Director Leo Jasareno said the preventive suspension against BenguetCorp and Zambales Diversified Metals stemmed from a Writ of Kalikasan issued by the Supreme Court and the newly signed executive order by the Zambales provincial government suspending all mining operations in the province.

The PNA report said Zambales Governor Amor Deloso’s Executive Order No. 1 ordered an immediate moratorium on all mining operations in the province, and consultations with residents affected by mining operations before they can resume.