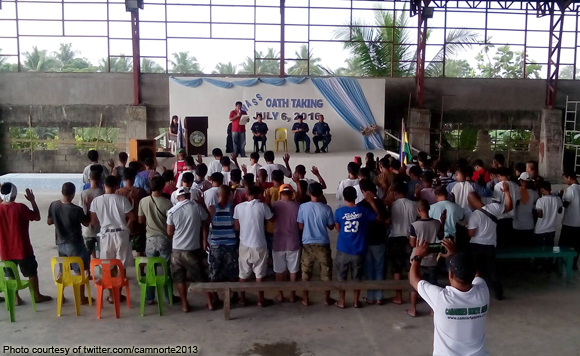 Barangay officials were among more than 100 drug users who surrendered to authorities in the Bicol region in recent weeks.

Aside from the eight barangay officials, two fishermen, a businessman, three tricycle drivers and 17 laborers and jobless people turned themselves in

The Duterte administration has adopted a tough stance against drugs and those involved in the trade.