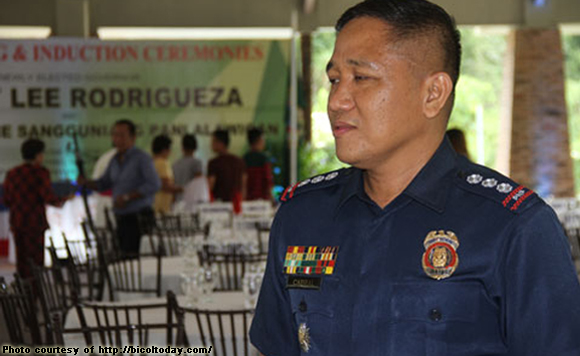 Philippine National Police chief Ronald dela Rosa may have his work cut out for him in Bicol, where the drug trade continues to affect several barangays.

In Sorsogon, the situation is considered “near critical” as some 172 barangays of the province are influenced by the illegal drug trade, Bicol Today reported.

Also, the report said the situation involves 663 personalities, including 125 pushers and 298 pushers-users (http://bicoltoday.com/2016/07/04/172-sorsogon-barangays-influenced-by-illegal-drug-trade/).

Because of this, the Sorsogon provincial police office launched “Oplan Double Barrel” seeking the participation of the community, especially families whose members are drug dependents or pushers.

Sorsogon City has 37 affected barangays with 224 drug-related personalities including 14 pushers.

Bulan has 61 drug personalities in its 63 barangays, including 21 pushers.

Gubat town has illegal drug trade in 13 barangays, with 52 drug personalities on the police watch list.

Pilar has 12 affected barangays with 37 personalities.

Irosin and Casiguran have nine affected barangays each.

Bulusan has eight of 24 barangays affected, while Magallanes and Matnog have seven each.

Barcelona has five affected barangays, while Sta. Magdalena and Castilla have two barangays each.