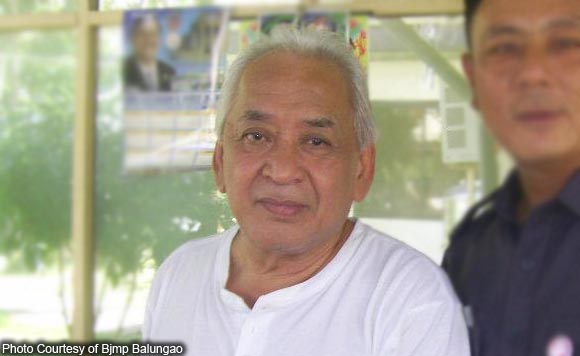 A Pangasinan politiko who was disqualified from perpetually holding office ran unopposed for vice mayor, won, was proclaimed by the Commission on Elections and is set to re-assume his post on June 30.

San Manuel Vice Mayor Salvador Perez Sr. who had been disqualified from holding public office by Sandiganbayan, filed a Certificate of Candidacy for vice mayor, ran unopposed and was proclaimed by the Comelec.

Perez was convicted in 2014 by the Sandiganbayan for violation of the Graft and Corrupt Practices Act for the purchase of an overpriced computer without public bidding sentenced to 6 years and one month up to maximum of 8 years imprisonment with accessory penalty of perpetual disqualification from holding public office.

The charge read, “That on or about January 21, 1998, or sometime prior or subsequent thereto, in the Municipality of San Manuel, Pangasinan, Philippines, and within the jurisdiction of this Honorable Court, the above-named accused, Salvador M. Perez, being then the Municipal Mayor and Juanita A. Apostol, Municipal Treasurer of said municipality, conspiring and confederating with one another, committing the crime herein charged in relation to and taking advantage of their official functions, through manifest partiality, evident bad faith or gross inexcusable negligence, did then and there, willfully, unlawfully and criminally, give unwarranted benefits, advantage or preference in the discharge of official functions to Mobil Link Enterprises/Starlet Sales Center causing the purchase of one (1) computer unit costing P120,000.00, an acquisition by personal canvass which is in violation of Sections 362 and 367 of RA 7160, thereby causing damage and prejudice to the Municipality of San Manuel, Pangasinan.”

Perez’ son Alain Jerico was also unopposed as he got reelected as municipal mayor of this town that hosts the San Roque Multipurpose Dam, second largest in Asia.

His daughter, Sheila Marie topped the elections for the 8-member Sangguniang Bayan.