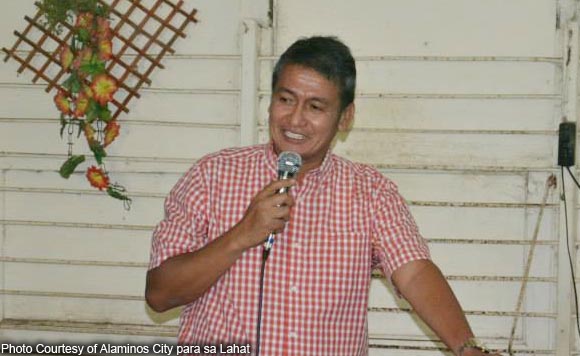 A Pangasinan politiko solidified his hold on the city known for the Hundred Islands.

Mayor Arthur Celeste will serve his second term in the City of Alaminos after defeating Vice Mayor Earl Aquino.

Celeste of the Nationalist Peoples Coalition won overwhelmingly with 25,160 votes against the 13,570 votes Liberal Party’s Aquino.

However, Celeste’s running mate Maan Sison-Isla of the NPC got 18,330 votes as she lost to Anton Perez of LP who had 19,422 votes.

Celeste’s hold on the city’s legislative department was strengthened as his Team Celeste won nine out of ten city council seats.

Celeste a native of Bolinao town initially lost his mayoralty bid to Nani Braganza in 2010 and later won as Alaminos City mayor against Nani’s son, Lean in 2013.

He was former 1st District Representative for three terms before moving to Alaminos City.