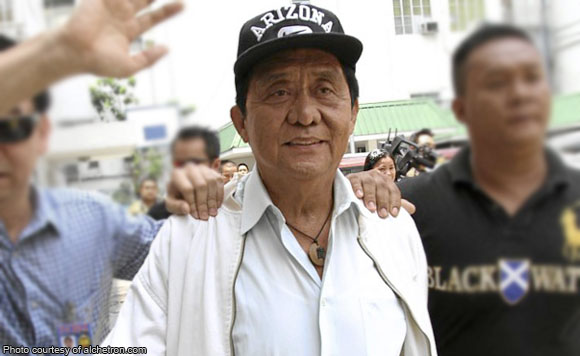 After having been released on parole in 2013 over a homicide conviction, former Batangas Governor Jose Antonio Leviste might find himself returning to the slammer for the more than P151,000 he failed to liquidated in 2003 at the Philippine Retirement Authority (PRA).

The Office of the Ombudsman filed before the Sandiganbayan last May 24, 2016 a case of malversation of public funds against the former husband of Senator Loren Legarda.

Leviste had been the chairman of the PRA and received cash advances for his foreign travels in 2003 amounting to P869,180.75.

From the amount, the Ombudsman pointed out that Leviste failed to liquidated P151,385.42 despite repeated demands from the Commission on Audit (COA).

Also charged in the case is PRA’s Financial Planning and Control Division chief Philip John Moreno for having facilitated the release of the cash advances despite Leviste’s failure to liquidate.

The Ombudsman has recommended that each of the accused post a bail bond of P40,000.

Levisted has been convicted of homicide in 2009 by a Makati court for having shot dead his former aide Rafael delas Alas in 2007 but was eventually released on parole in December 2013 from the New Bilibid Prisons (NBP) in Muntinlupa City.

Just weeks after his release, police raided a ranch in Batangas he alleged owned where three persons were arrested and 85 kilograms of shabu were seized but Leviste denied even owning the property.